Around a dozen people took part in a community litter pick organised by a customer at one of our supported housing schemes in Nuneaton.

Emily Creedon, who lives at Gadsby Street, has launched the Gadsby Grabbers group and arranged for the litter pick to take place at Riversley Park in the town.

She was joined by members of the community, colleagues from Gadsby Street and the Environmental Enforcement Officer from Nuneaton and Bedworth Borough Council as half a dozen bags of rubbish were collected.

“We had some help from the environmental officer and we also invited other people and, went to the local park to do the litter pick. 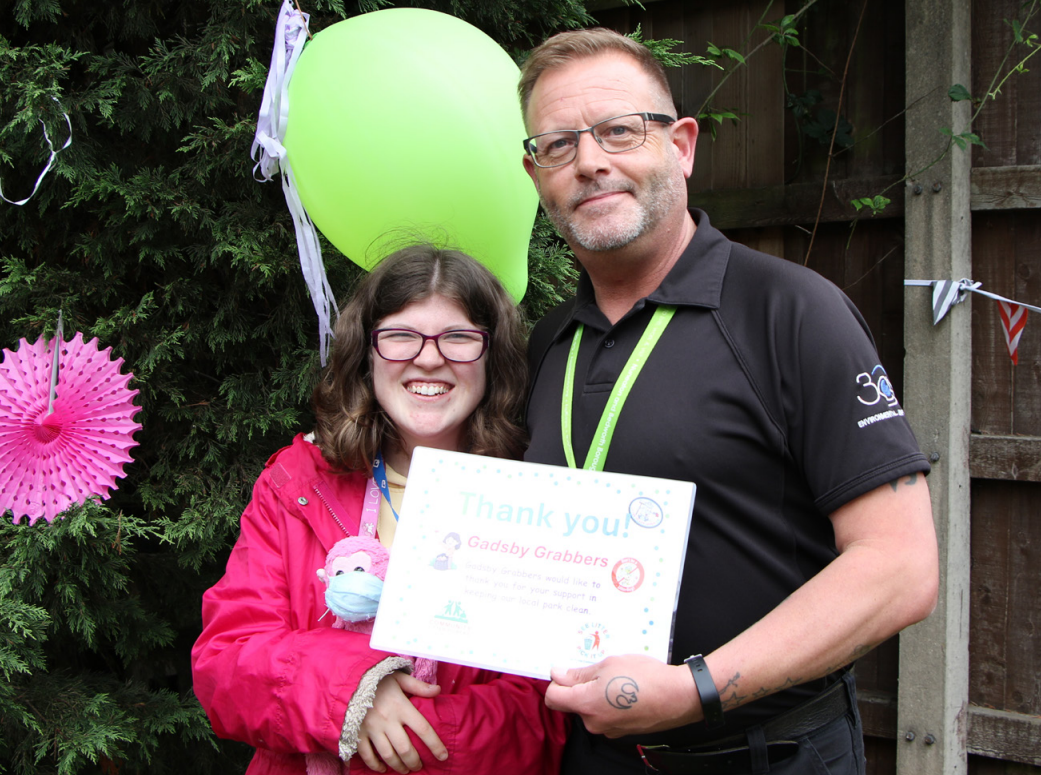 Riversley Park is a beautiful area but, sadly, people leave litter. As a community, everybody needs to get involved.

“Afterwards, we came back to Gadsby Street and to say thank you, Emily made some cakes for everyone and we also gave out certificates.

“Everyone had a great day, and we’d give it a big thumbs up!” Wayne Beasley, Environmental Enforcement Manager at Nuneaton and Bedworth Borough Council, provided equipment for the litter pick and said he was amazed by the response of the community and the Gadsby Grabbers.

He added: “Emily is very enthusiastic about litter picking and the environment and it’s been an honour to be part of this. “Riversley Park is a beautiful area but, sadly, people leave litter.

As a community, everybody needs to get involved and so to go litter picking and collect five or six large bags was a brilliant effort.”