Longhurst Group has a team of money advisors across our region who are here to help you if you’re struggling with your finances.

Our Money Advice Service is here to support you in claiming the benefits you are entitled to, maximising your income and paying your rent.  Our trained and experienced Money Advisors will always act in your best interests and have a proven track record in helping customers to manage their finances.

Depending on your circumstances, our advisors will be happy to visit you at home or speak to you over the phone.

Do you need some friendly support and advice to manage your money?

We can help by:

In November 2020 we were joined by Money Advisor, Stuart Dearden, to answer your money questions. Are you unsure on how the Money Advisors can help you? Are you wanting to save for the first time, but don't know where to start? 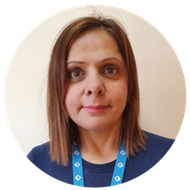 Pam was previously a Welfare Rights Officer at the local authority helping people claim benefits and challenge poor decisions, she became a Money Advisor after taking a secondment to the role from her job as an Income Officer at Longhurst Group.

In total, she has 23 years’ experience in welfare rights work.

Pam says she likes to approach each customer’s case as it comes, depending on individual circumstances.

“Making a difference to people is the best thing about my job,” she said.

“Being able to take the pressure and stress from a customer is important to me. Whenever there is a successful outcome, it is a nice feeling for the customer and for me. This role has great job satisfaction.

“I don’t judge people. I have experienced debt myself first hand, so I know some of the fear customers may be going through.

“However, there is always a solution to a problem and I want to help. It can be a relief to solve your issues, so speak to us.

“If we can’t help ourselves, we can signpost to a relevant agency that can.” 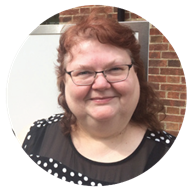 Angie has been a Money Advisor with us for more than 13 years, having previously worked in Supported Housing. Angie prefers to meet customers on a face-to-face basis as she feels it has a more personal feeling and helps her to get to know the customer better. Angie is a firm believer that everyone needs help from time to time and that it is nothing to be ashamed of.

Some of the regular cases Angie comes across include issues with Universal Credit, sorting out new benefit entitlements following the death of a partner and dealing with a range of Housing Benefit enquiries.

She said: “The most rewarding element of my job is when somebody that was struggling and in arrears gets sorted and has more income available to them, with no arrears.

“Seeing that person no longer worrying about their finances fills me with joy.

“Don’t be concerned about contacting us – advisors are here to help and nobody is good at everything, so it is nothing to be worried about.” 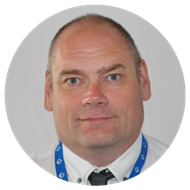 Stuart spent more than 20 years working for the Department for Work and Pensions, becoming increasingly disillusioned with the way the benefits system put obstacles in the way of those who needed the support.

He left the DWP and after some time with Citizens Advice, he joined Longhurst Group to take on a fresh challenge and to help improve lives.

Stuart believes in face-to-face meetings with customers and that by seeing them in their home environment helps to give him an idea of what matters to them and what their priorities are. He believes people are more relaxed and open in their own homes.

If this approach doesn’t suit a particular customer, Stuart is happy to talk over the phone but whichever way first contact is made, he is keen to build trust and show the customer that he is there to help them.

Stuart says many customers he sees experience difficulties with the benefit system, so a lot of his time is spent trying to pick a way through the problems of Universal Credit and PIP. This ranges from seeing if somebody is eligible to receive a benefit, right through to claims stages and challenging decisions.

He also helps customers sort out payment arrangements when they have fallen behind on their essential bills such as Council Tax or utility suppliers.

Stuart enjoys the feeling of helping to bring even a few extra pounds into a household so that they can manage life a little easier.

He said: “Times are hard for a lot of people. Nobody really chooses to struggle and sometimes having somebody who isn’t directly involved with what is going on to look at it can help get things a little clearer.

“We aren’t here to judge folks or tell them what they should or shouldn’t be doing, but to try and offer a bit of support, knowledge and fresh eyes to look at a problem.

“I would say that if you aren’t sure about making the call to us, then do it anyway. Unfortunately money problems rarely get better by ignoring them so at very least, after a conversation with one of the team, you will at least know where you stand, have a better perspective of how severe the issue is and what you could maybe do to change the situation.” 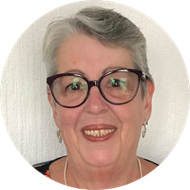 Penny joined Longhurst Group in November 2021 and has worked directly with tenants in housing for over 20 years.

Her roles have included Tenant Inclusion Officer, Welfare Reform Officer and Money Advisor. She is a qualified member of the Institute of Money Advisers (IMA).

Penny has significant experience both as a money advisor and a money coach, providing welfare benefits, budgeting and debt advice, guidance and support.

She enjoys helping customers to identify opportunities for maximising their income or reducing their outgoings, and supporting them with claims, appeals, and grant applications.

Penny aims to build a relationship of trust with customers, identifying the most appropriate solutions and breaking these into manageable bite-size chunks. Agreeing a way forward based on the customer's individual circumstances is key to success.

Penny also enjoys developing and delivering coaching on a range of money advice topics. Examples include switching energy suppliers, benefits for older people, healthy eating on a budget and Christmas on a budget, to name just a few.

Penny says the best part of her job is the satisfaction she gets from helping people to overcome their money worries and seeing them end up in a better place financially.

Penny would advise anyone with money worries to contact the Money Advice Team straightaway – you’d be surprised at the advice or guidance they are able to offer.

If you are having any difficulties with paying your rent, related to coronavirus or otherwise, then we are here to help.

Our dedicated team of income and money advice experts are on hand to listen to your concerns and provide clear and compassionate guidance.

They will assess all of your options and ensure that you’re accessing any support you are entitled to.

Please do not suffer in silence. There are options available to you, and we are here to help.

Fill out the Money Advice form at the bottom of this page to submit your request.

For more information about our services to you during the Coronavirus outbreak please visit our advice page for customers: longhurst-group.org.uk/covid19-updates

Money Advice case study "Pam helped me through everything."

Jackie Donnelly worked with money advisor Pam Malhi after contacting us about issues with rent payments.

“I was certainly struggling. I managed to pay my bills, but there was nothing left to have fun. Now I don’t have to worry abou…

Tony Kelly, from Peterborough, says he has a lot to thank Money Advisor Angie Noble for – not least helping him get his financ…

The help of our Money Advisor has made a tremendous difference to Jane's situation.

Money Advice case study "The help Angie will give you is 100 percent."

Howard is working with Money Advisor Angie Noble, since becoming too ill to work.

“We're so much better off now”

A husband and wife have praised the work of our Money Advice Team after receiving help that has made them “so much better off.”

Mum of two Lisa heard so many scare stories about Universal Credit that she avoided applying, until our Money Advisor Pam helped her through…

Lesley Machray, a Longhurst Group customer from Selly Oak in Birmingham, says her life has been transformed by money advisor Pam.

“Keep up the good work bab!”

Helpful hints for managing your money

In this section, our dedicated Money Advice Team shares top financial tips that may be of benefit to you.

If you'd like to contact our advisors to find out more, it's easy to get in touch.

Help to Save is a type of savings account. It allows certain people entitled to Working Tax Credit or receiving Universal Credit to get a bo…

Save money on your water bills

Read our Money Advice team’s top tips all about water and how you could potentially lower your bills or get help with paying them.

You can use an independent benefits calculator to find out: what benefits you could get, how to claim and how your benefits will be affected…

Free and impartial money advice, set up by the government – you can get support over the phone and online.

Support Payment available if you need to self-isolate

Customers who've been told to self-isolate by NHS Test and Trace could be eligible for a £500 payment.

At Longhurst Group, we want to make sure our customers avoid becoming victims of scams and keep their finances secure.

Fill out our Money Advice request form to contact the team and book a callback.