Thanks to Pam, I don’t have to ask the kids to lend me twenty quid anymore

One of our Money Advisors has been urged to ‘keep up the good work, bab!’ after helping a customer sort out his financial worries, allowing him to treat his grandkids rather than relying on his own children for loans.

Grandfather Alan Hill was approaching state pension age. His Universal Credit payments meant he was struggling to pay any additional rent so that his account was not in arrears at any point. The bedroom tax was eating into what income he did have.

In November 2018, a referral by the rent team to Money Advisor Pam Malhi changed everything.

She advised Alan to make an advanced claim for Pension Credit and Housing Benefit a month before his state retirement age. She has also helped him to lodge a mandatory reconsideration in respect of a partial payment of Universal Credit that is still due.

Alan, now 65, lives on our Beechdale estate and is about £50 a week better off after Pam’s help. The grandfather of 16 says all of Pam’s help and support has meant he can now budget more easily.

“I hadn’t got a clue what I could do or had to do and somebody suggested I went and have a word with Pam. I went down out of curiosity more than anything else,” he said.

“Pam’s help is going to help me a lot with my budgeting for the simple reason I now know exactly what money I have got coming in.

“My money was going up and down and I hadn’t got a clue which way I was going. It has helped me massively.

“I’ve now got my Pension Credit worked out which is another £49 I am going to get - £49 that goes towards something rather than struggling to find £49 if I needed it.”

Alan said that the help of Pam has meant he can now enjoy some of life’s little luxuries without worrying if he can afford them.

“Now I don’t have to think about things like getting myself a bag of chips. If I fancy a bag of chips I know I can afford to go to the chip shop now,” he said.
“Before I used to have to use my bus pass if I had no petrol in my car.

“At least now I can do things like that without needing to have money off them. And when the grandkids come, they can have a treat now. There is a box with cookies in the kitchen now, rather than the odd sweet from Christmas and Halloween.

“I have always done everything by the book and that I am supposed to do, but nobody apart from Pam ever seems interested.

Asked what advice he would give to any customers in a similar situation or who have any sort of financial worries, Alan said: “I would say just go and see Pam. Definitely – I would tell anyone to come and see her.

“If I hadn’t have met Pam – excuse the pun - I would have been pulling my hair out because I just wouldn’t have known what I could get or how to get it.” 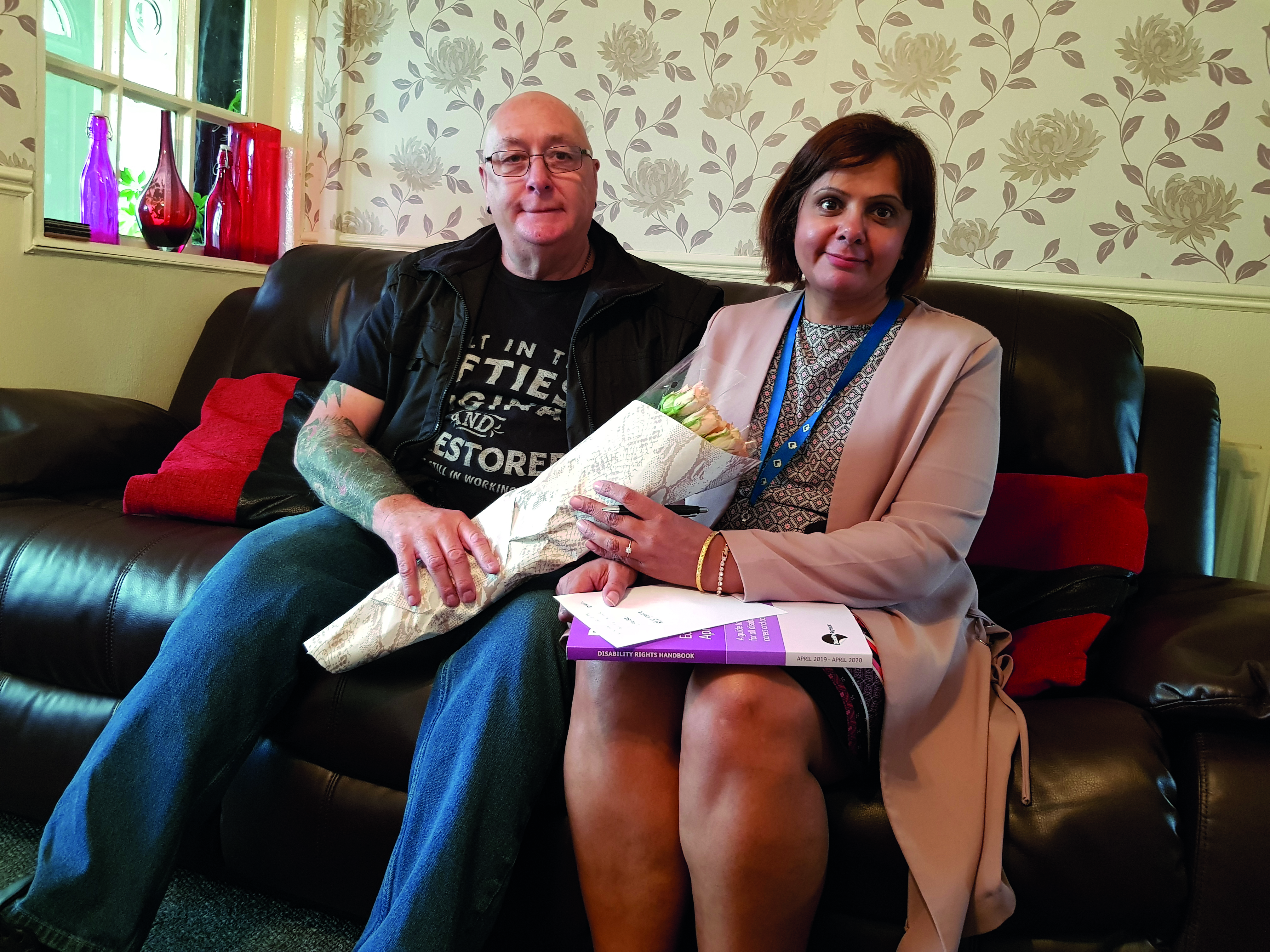