Pearl Memory Box – available as an app or on the internet – has been designed by brothers Karl and Junior Wilson after they spotted a lack of culturally sensitive care for those living with dementia after their mother was diagnosed with the disease.

It contains music, images and other cultural items which can be added to a profile of the individual with dementia, enabling conversations and interaction.

And the brothers, originally from Birmingham, have been working alongside Longhurst Group customers and colleagues at Mary Street – our extra care scheme which provides individualised support for older people who choose to live as independently and happily as possible within an African Caribbean culture - to help develop the product. 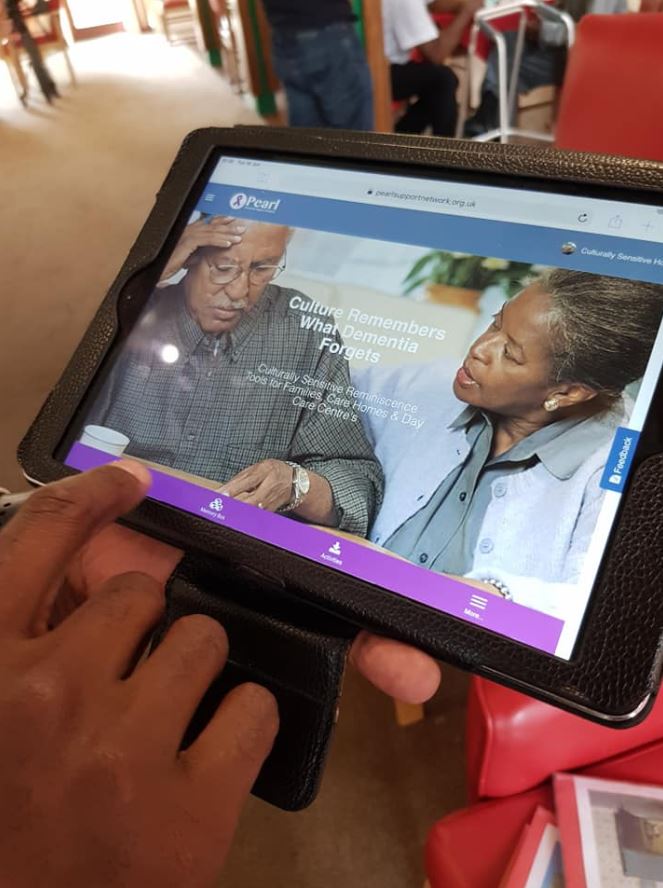 Karl and Junior said their experience of caring for their mother, and seeing how she responded to generic dementia care, gave them the idea which has since won The Mayor of London’s Civic Innovation Challenge.

Karl said: “About 12 years ago our mother was diagnosed with dementia. At that time all we knew was that mum was doing strange things.

“I managed to get her to a memory clinic and they told me she had Alzheimer’s.

“I contacted the Alzheimer’s Society asking what I should do and they said we could go to a memory café. I took mum to a couple of these cafes and I saw that although everybody was having fun and passing around artefacts and historical items, my mum didn’t recognise any of them and neither did any of the other Caribbean or non-British people that were there.

“You had a group of people that were really happy and could go back in time and talk about what these items meant to them, but the Caribbean people couldn’t. I asked three of the Caribbean ladies how they felt and they said they felt like nobody cares about them.

You had a group of people that were really happy and could go back in time and talk about what these items meant to them, but the Caribbean people couldn’t. I asked three of the Caribbean ladies how they felt and they said they felt like nobody cares about them.

“After we had to put mum in a care home, I started to recognise that the activities they were doing were very similar to the cafes - activities that my mum and others couldn’t respond to.

“We decided to put something together that would help people who don’t have the knowledge of certain other groups of people and their community. We wanted to put together a memory box that they could dip into that would be relative to that person.

“Because I know of what happens at Mary Street and having had interactions with Val (Paragon, Service Manager) before, I asked if we could come down and try the app and the response we had with the residents was very good.

“When speaking with residents, they might recognise some music, but when you take them back to that time, they will tell you other things or items they remember.”

Junior said the work he and his brother are doing is about bringing culturally sensitive dementia care to the masses. 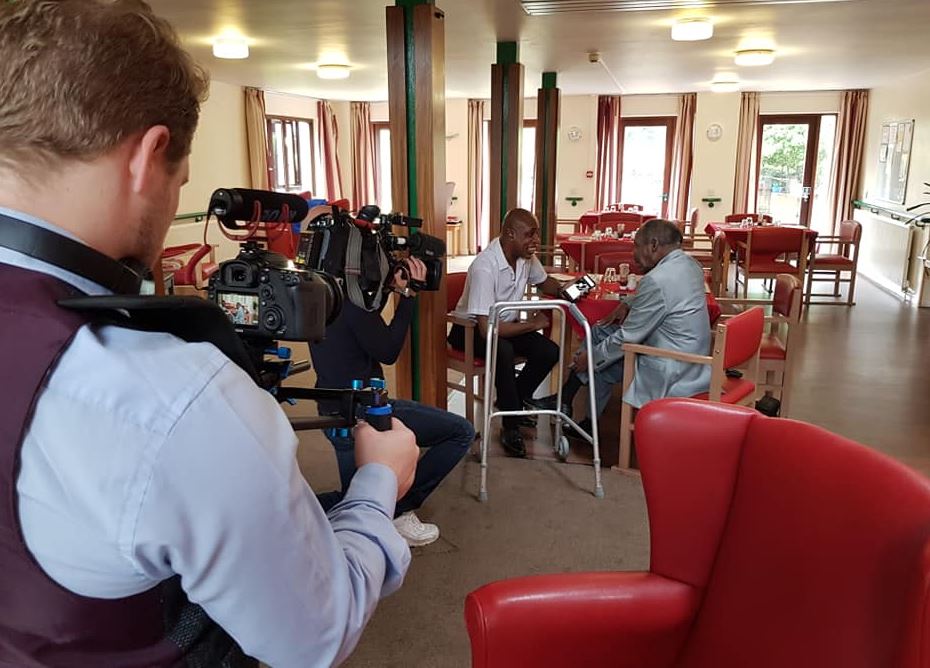 He said: “When we were looking after mum, everything was very generic - the images shown, stories told, the music played. We realised something was missing.

“There are three elements to the app. One is the family support profile, the second is the memory box and the third item is the downloadable activities.

“The idea is somebody would sign in and be able to engage with anybody from any culture. At the moment it is predominantly African Caribbean, but we are preparing for Asian culture as well.

“It will be relevant as time goes on to the Irish, Welsh, Romanian and Polish and so on.

“The whole idea is any carer or care worker will have the app available to them and staff will be able to engage with somebody from a specific background. Culturally sensitive care is incredibly important.

“For someone with Alzheimer’s, reminiscence is very important to their wellbeing and quality of life.” 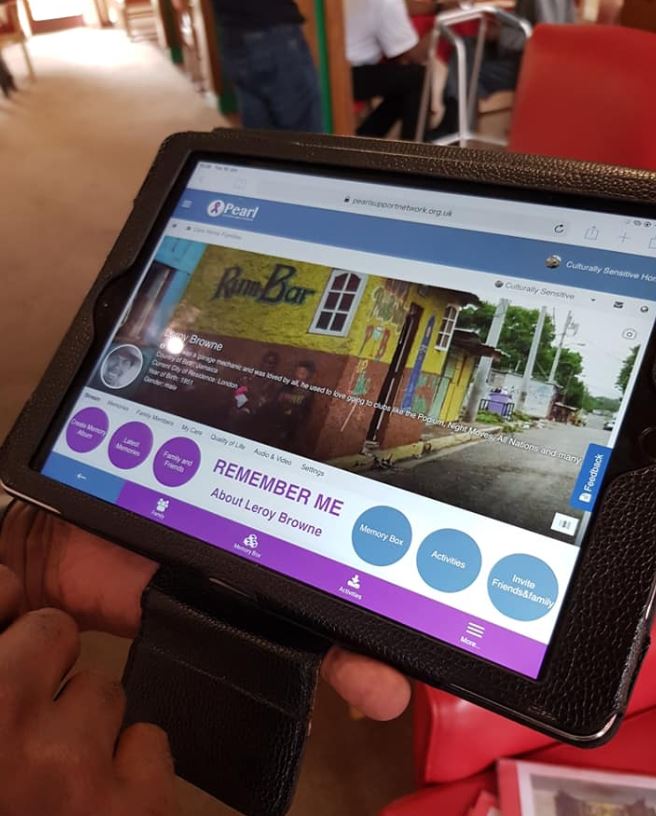 The BBC has featured the app - and how Mary Street has helped in its development - in the news. Val Paragon, Service Manager, said she was delighted to be involved.

She said: “We were able to share our years of knowledge, best practice and success in working with people of African Caribbean heritage and their families that are living with dementia.

“Karl knew that we had the expertise and customers that he was looking to work with and we were happy to help him.

“We live in a multicultural society so the standard memory lane materials available do not reflect the history of our tenants and those of different cultures.

“Mary Street customers and colleagues never shy away from a challenge. I believe the benefits of the product to people living with dementia and their families will be amazing.”