Residents at Phoenix Court in Gainsborough have received more food donations from a well-known brand.

Scheme Manager Sarah Smith received a call from the Warburtons bakery in Nottingham, asking if they could donate some products to residents to help them through the coronavirus difficulties.

It comes following a large ongoing donation of food parcels for residents from Feeding Gainsborough.

Sarah said: “Gwen [Warburtons employee] asked if I would be happy to receive a donation of bakery items from Warbutons. It would all be baked that day and delivered to the scheme that afternoon,

“I happily accepted the offer and told her that the residents would be so grateful as some of them were self-isolating and I had been assisting those that needed supplies by going out and collecting these for them.

“I was taken aback by the offer from such a well-known Company.

“We had white bread, brown bread, crumpets and fruited tea cakes delivered. They were already divided up into bags when they arrived.

“They were left on residents’ door steps for them to pick up at a safe distance. 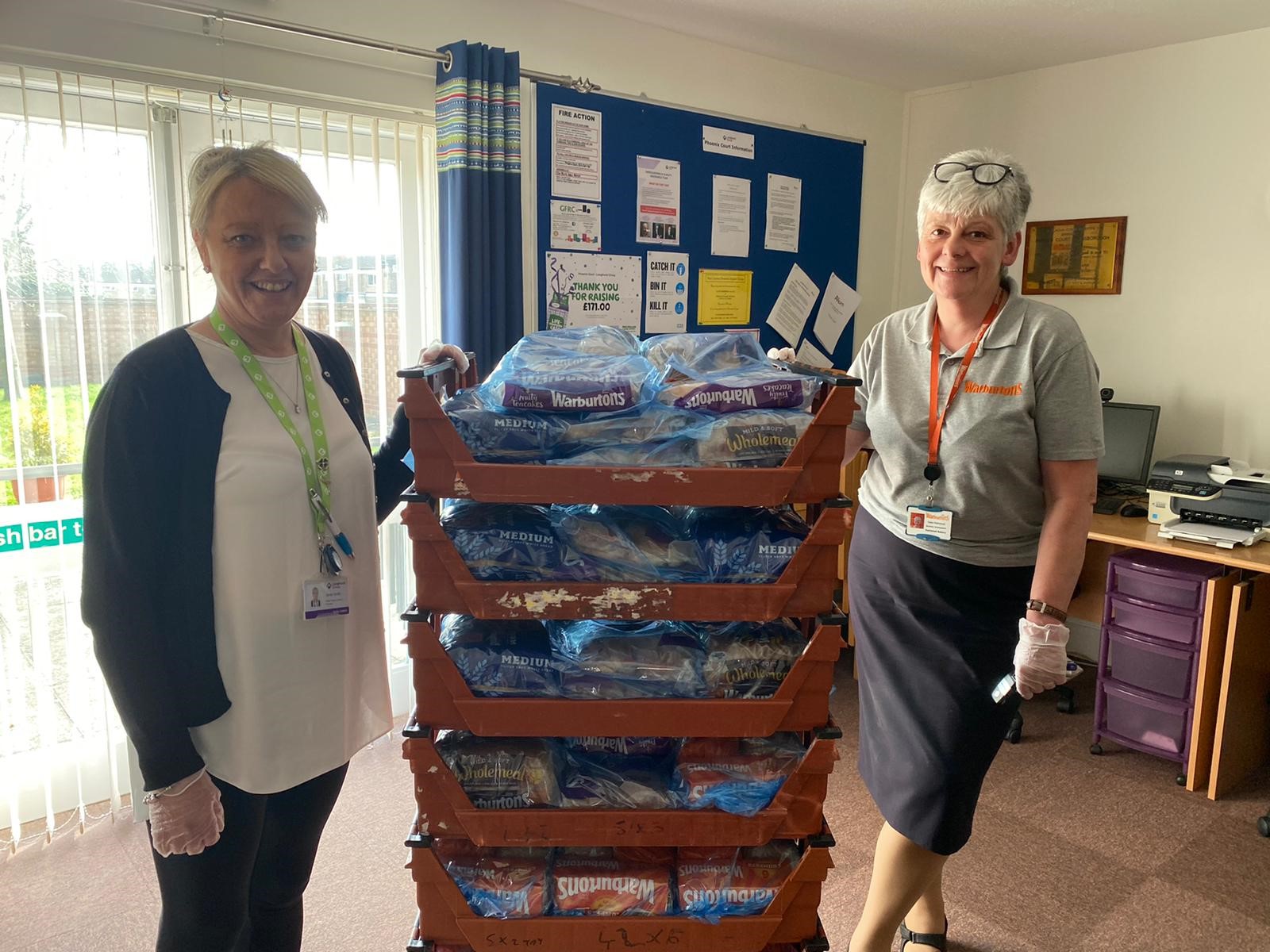 We are all so grateful to Warburtons. It has been quite emotional to see how grateful and appreciative the residents have been and they cannot thank those who are helping enough.

Sarah said she received the call from Gwen because a news article in the local press about a previous donation from Feeding Gainsborough had been read.

She added: “I was honestly taken aback by the call as I was not expecting the article in the local press to have such an impact on the scheme.

“We are all so grateful to Warburtons. It has been quite emotional to see how grateful and appreciative the residents have been and they cannot thank those who are helping enough.

“Everyone at Phoenix Court is coping pretty well with the current situation. Some days are difficult and residents need reassurance, but I’ve been checking on them via telephone and by walking around the scheme and speaking to some of them at a safe distance to let them know that I am around.

“When Covid-19 is over, we will all come together and celebrate.”

Gwen Eastwood, Warburtons’ Retail Development Territory Manager, said the team from the Eastwood Bakery in Nottingham wanted to do their bit to help support the residents of Phoenix Court.

She said: “We wanted to ask if we could support in a small way by donating some of our products.
“We were able to deliver them in time for Easter and I am so pleased we were able to help.”