Spire, which is part of Longhurst Group, joined forces with the local authority, FCC Environment and the Grand Union Housing Group to help customers throw away any unwanted items or waste.

In just under an hour, the team – including colleagues from Spire – filled bags with general and garden waste and helped to remove seven fridge freezers.

Local children also helped out with a community litter pick that added even more waste to the event’s haul.

Every customer who took part in the litter pick was presented with a window box or a flower pot to brighten up their own garden. 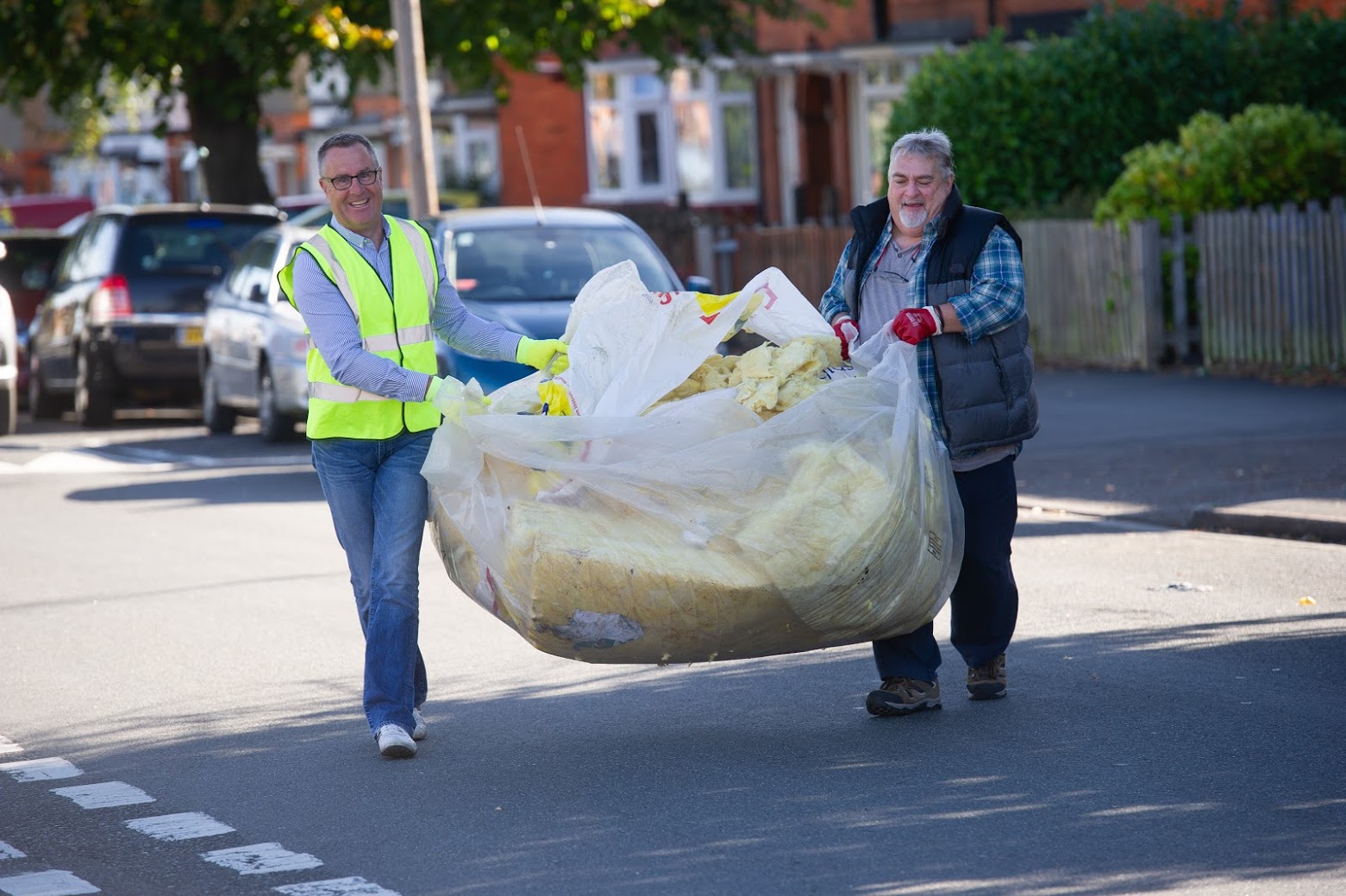 Lee Hopton, Spire’s Housing Services Team Leader, said: “The event went really well. We had some local volunteer groups involved and East Northamptonshire Council let us have a refuse truck, a couple of pick-up trucks and several operatives to assist in removing all the rubbish.

“We had staff from Grand Union and from Spire on board and we had a steady stream of residents from the very start.

“Everybody got involved and it was a real community effort – fuelled by tea and biscuits kindly provided by another voluntary support agency.

“To have removed 10 tonnes of rubbish was brilliant. We’re now looking to run another in Irthlingborough in the spring.”

The garden waste collected at the event was sent to be recycled, with all the white goods removed being sent to the local authority’s waste electrical and electronic equipment recycling scheme.

Leader of East Northamptonshire Council, Cllr Steven North said: “This is a wonderful achievement by all involved and once again shows what can be accomplished when organisations and residents work together to improve the area we live in.”

Anyone who wants to organise their own community litter pick can email the waste team on waste@east-northamptonshire.gov.uk