Kindhearted individuals and worthy causes from across Longhurst Group’s operational area are being recognised for the difference they make in their communities as part of our Good Deeds of Christmas campaign.

Staff from across the Group were asked for their nominations for which groups and individuals they felt deserved a festive hamper in the run-up to Christmas.

Over 20 nominations were received in total, with 13 different causes receiving Good Deeds in partnership with our contractors Keepmoat, Kier, Burleys, J R Allen, and Aaron Services.

Representatives from each contractor and colleagues from across the Group were on the judging panel, along with two of our customers.

Customer Engagement Team Manager, Helen Bird, said: “The Good Deeds of Christmas provides an excellent opportunity to thank those people in our community who voluntarily carry out good deeds to help others.

“Spire Homes had successfully delivered good deeds such as hampers, shopping vouchers and gifts for people in the Northamptonshire area in the past and after that success, last year, we decided to open this out to Longhurst Group as a whole to include, L&H, FCH and Axiom as well as Spire Homes.

“It’s been a huge success once again this year and we’re very pleased to be able to hand out hampers to deserving causes as our own way of saying ‘thank you’ for all they do.”

We’re very pleased to be able to hand out hampers to deserving causes to say ‘thank you’ for all they do. 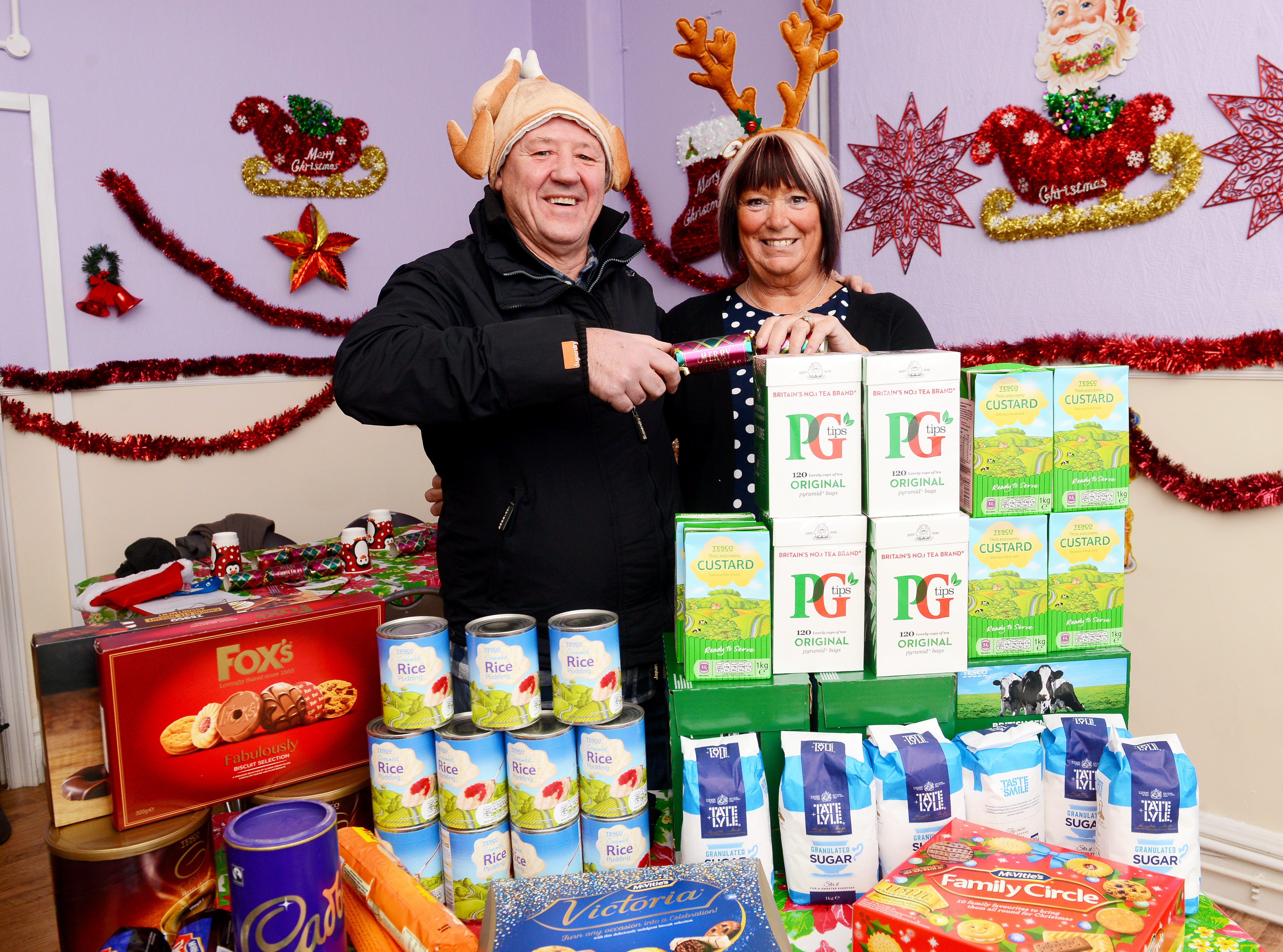 Cath and Ken Homewood of the Grimsby Food Kitchen

The Grimsby Food Kitchen, run by the incredible Cath and Ken Homewood and their army of kind-hearted volunteers, is a vital lifeline for the areas homeless and vulnerable. Demand for their help often increases over the festive period. On Christmas Day the Food Kitchen runs a special service, when they’ll also dish out free breakfasts, deserts and selection boxes.

Amy is a volunteer with the Skegness and District running club. She gives up her time to help new runners on a ‘Couch to 5k’ programme and also supports runners to increase their speed and distances.

Jerry Green Dog Rescue is run by an amazing group of people including volunteers. In 2017 they rehomed 1,007 dogs across Lincolnshire who potentially would have been abandoned or put down if they had not been taken in by Jerry Green.

Karena gives up her free time volunteering at the Citizens Advice Bureau. Last winter, she spent evenings looking for homeless people and referring them to the council for bed and breakfast. She collects toiletries for Women’s Aid as well as bedding and food for animal charities.

They provide physical, emotional and social support to other customers at Remington Drive in Staffordshire. Despite both having illnesses, they regularly organise events and take residents to weekly meals and social events to a local church centre.

Goldhay Arts is an extremely worthwhile cause that works with adults with learning disabilities in Peterborough, specialising in performing and visual arts activities. They are the only charity/organisation
that offers this much-needed daily support with lots of activities.

John spends hours maintaining the grounds and club at Woodhall Spa Cricket Club. Ann is a driving force behind the club’s fundraising events, she deals with all the membership renewals and chasing of fees, and she also washes both first and second team kits every week.

The Biz is a theatre school for kids of all ages in Boston. Sam makes sure every child is thought of and looked after. The Biz really is a warm and inclusive place for any budding theatrical to attend.

Fay (73) has unfortunately recently been diagnosed with cancer but despite this, she’s always helping others. She’s one of the most kind and caring people; picking up things from the shops for her friends and family, visiting her elderly friends and making meals for them.

John and Janet have visited Marlborough Court in Nottinghamshire for the past 10 years, providing the residents with a church service. They attend once a month and supply the cakes for the residents free of charge, make the tea and even fill the dishwasher with the crockery!

Rachael works in the local community, spending each weekend picking up litter. She does this with help from friends and family and also Peterborough City Council. Rachael is also a Cross Keys tenant and was recently presented with a ‘Making a Difference award’. This has encouraged others in the local community to join her mission and others to think about how they discard their litter.

Rachel has worked tirelessly to raise money and awareness to try and keep vital services at Boston Pilgrim Hospital. Rachel and her husband Chris worked through the night during the bad snow in March, collecting stranded hospital staff to take them to work.

We are already thinking about next year’s Good Deeds and welcome your suggestions throughout the year – not just at Christmas time. Please send your ideas to customerengagement@longhurst-group.org.uk