Twelve affordable homes which have been built on the site of a former pub in Walsall have now been completed.

We’ve transformed the previously derelict site on Stephenson Avenue on Beechdale into the new two-bedroom homes, which have been made available on an affordable rent basis.

The site, which was once The Three Men in a Boat pub, was most recently our offices on the estate, but had stood empty since 2015 when they were relocated to Stephenson Square. 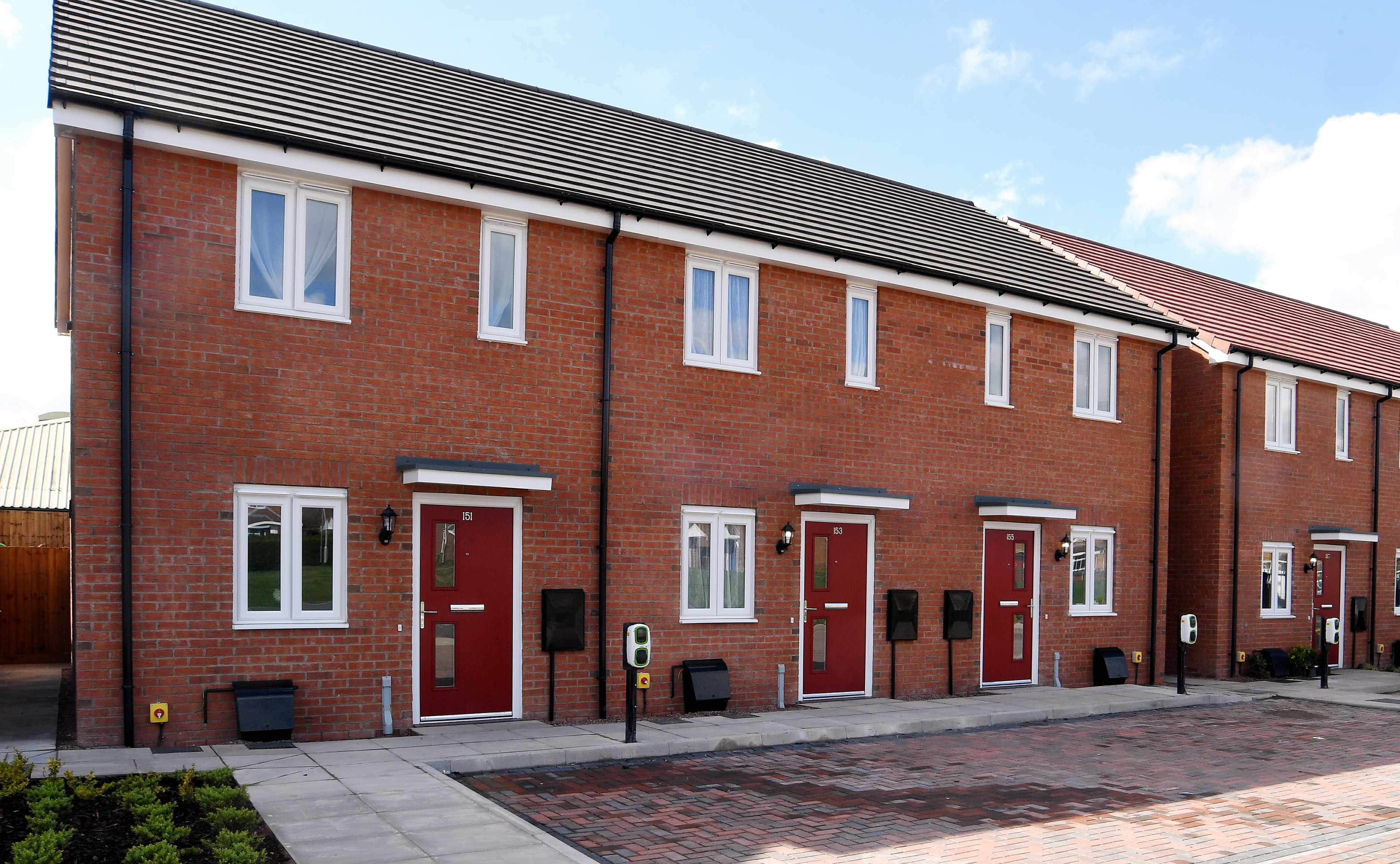 The homes, which were partly funded through money received from the sale of 40 of our properties through the Voluntary Right to Buy pilot in the West Midlands, have now been handed over by contractors and new residents have started moving in.

Marcus Keys, Executive Director of Growth and Development, said: “I’m delighted to see these homes completed and handed over to the Group.

“We’re committed to providing the homes people want, where they’re needed most and by delivering 12 affordable homes on Beechdale in Walsall, we’re addressing a need for additional housing and helping to improve the community. 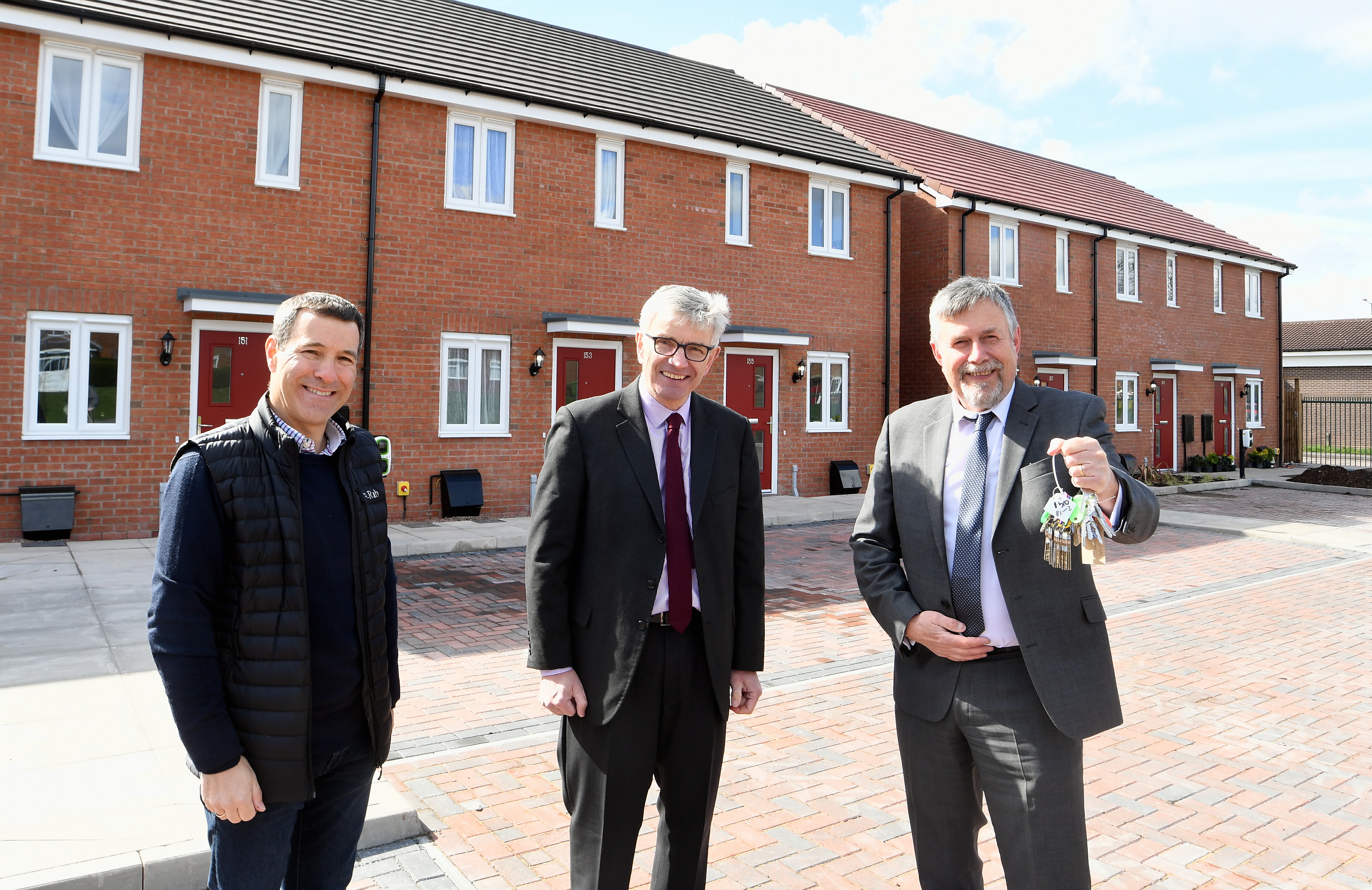 “The site, which was once our offices and previously a pub, had stood derelict for a number of years and had become a magnet for anti-social behaviour, so it was important for us to transform this site.

“The homes are smart and modern and I’m sure they’ll prove popular with our customers who’ve already started moving in and making them home.

“I’d also like to thank residents living nearby for their patience and understanding during the works.”

As well as delivering the new homes, we’ve also unveiled a commemorative sign at the site marking its history as the former The Three Men in a Boat pub and the important part it played in the West Midlands music scene. 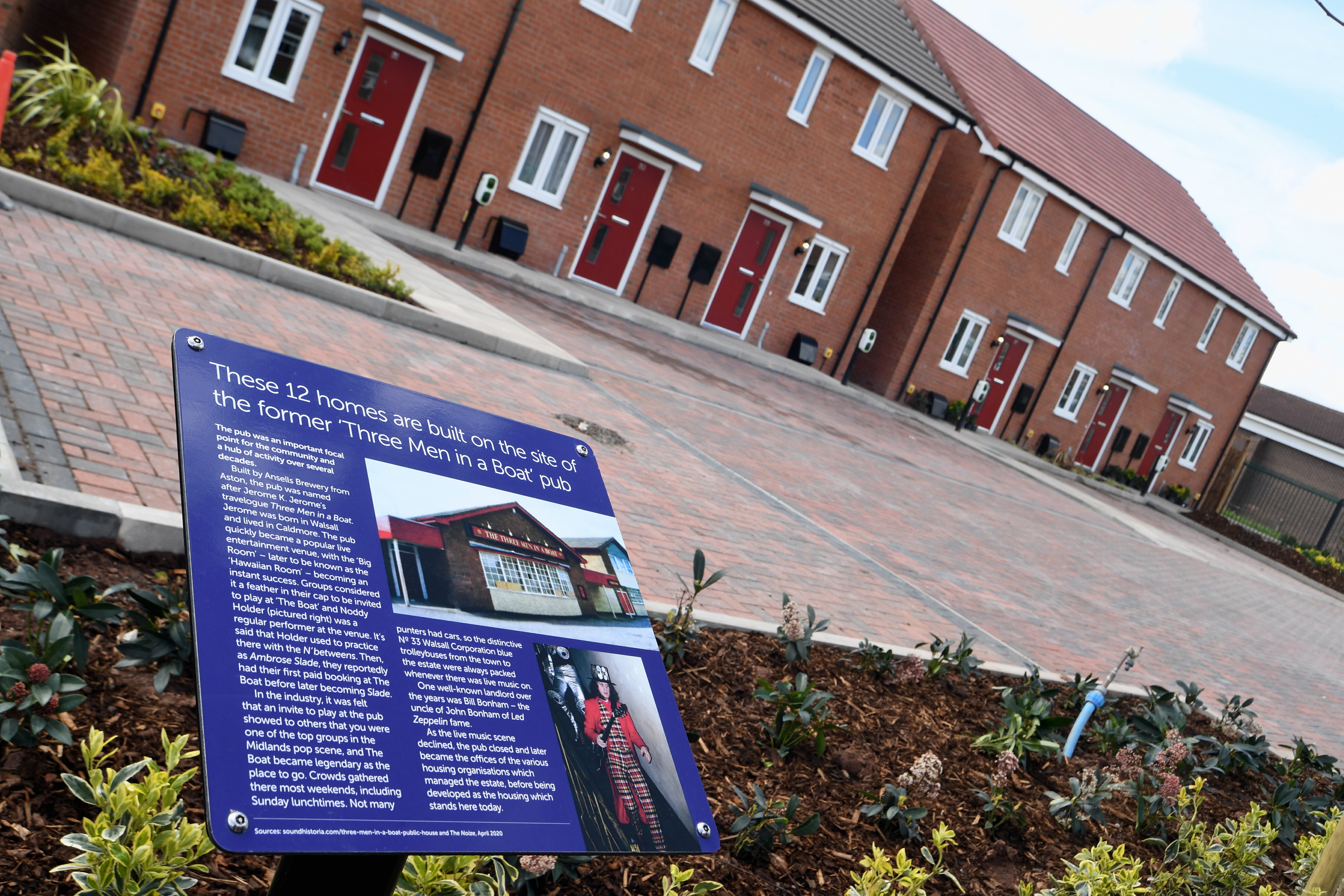 Marcus added: “We want to improve the communities in which our customers live, but at the same time we’re mindful of not erasing their history.

“That’s why we felt it was important to commemorate the history of this site through its time as The Three Men in a Boat pub and also our offices by way of the plaque at the front of the development.

“We know how loved the pub was by many of our customers and residents of the estate, so I hope this can act as a permanent reminder of those happy memories.”

James Tyson, our Project Manager, added: “This scheme has been a great example of effective teamwork and I’d like to thank all members of the project team who’ve worked harmoniously and collaboratively through the many challenges that the pandemic has brought us, in order to reach this finished product.”