More than a dozen customers have been named Community Heroes after helping to make a difference in their communities.

We launched a new Community Heroes scheme to recognise the vital role our customers play within their communities.

Colleagues were encouraged to nominate those who’d done something during the year that made a difference to their community.

Sue Crask, Community Investment Lead, organised the awards. She said: “With the pandemic, we knew many of our customers were doing some exceptional things in their communities to help those who were shielding and making sure people didn’t suffer with loneliness and isolation.

It’s been really pleasing to see the nominations reiterate the fact that our customers are committed to improving their communities, alongside ourselves.

“It’s been a privilege to be able to phone people and let them know that their commitment to their neighbourhoods has been recognised in this way.

“I’m delighted we’ve been able to present a hamper as a small way of saying thank you on behalf of the Group and their communities. We hope they enjoy their prizes.”

Winning customers also received a voucher from Mears and a certificate.

One customer to be presented with a hamper was Lynn Horrocks in Grimsby.

She allowed us to use her electricity supply for a dehumidifier to dry out a neighbouring property which had no electrics.

She also cooked food for her neighbour and provided electricity for a television, so he didn’t need to go in a hotel.

Lynn said: “It’s a nice feeling, but I’d like to think it’s something anyone would do. 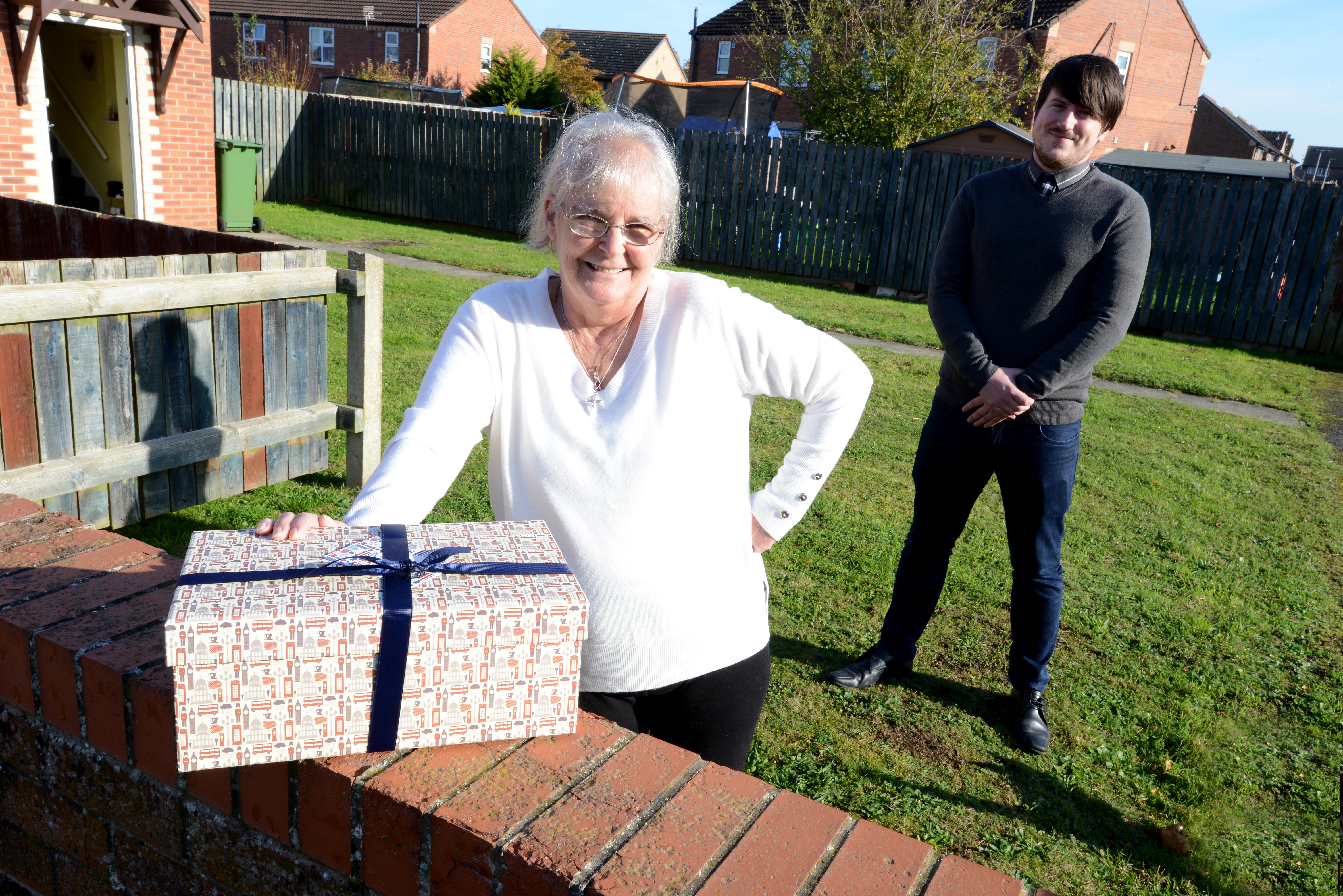 I couldn’t let anyone go without electricity or hot water and it was the right thing to do. I’d do it again, anytime.

“I’m now really looking forward to getting stuck in and enjoying the goodies.”

She’s spent lockdown looking out for other people by going to the shops, delivering food and newspapers, collecting medication and chatting to people to keep them company.

She said: “You do it out of the kindness of your heart, but sometimes you don’t realise how much it impacts other people’s lives. 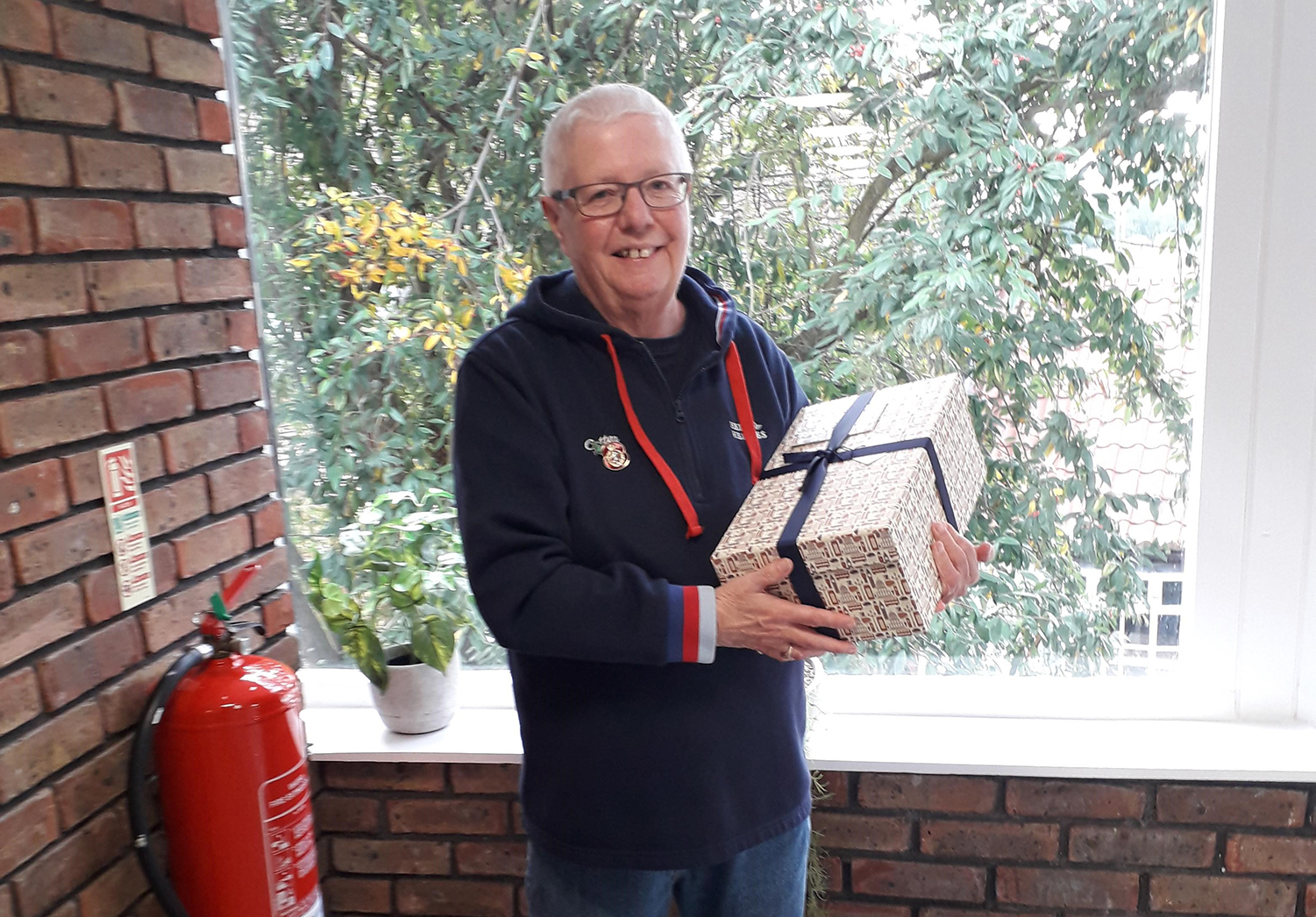 You can help them feel loved and not alone, which is important at times like these.

“Being recognised like this makes you feel warm inside and it boosts your own confidence. To know you’ve achieved something is great.”

A new award scheme will be introduced next year, where we’ll be asking customers to nominate their neighbours for awards. Full details will follow in shortly.

During the pandemic, Eve has helped others who have been struggling with mental health issues. Without her, these issues could’ve developed further. Eve got people gardening as a way of maintaining good mental health and has even spent her own money to improve the garden space. She’s also helped others organise their medical appointments.

Alan has been helping a customer at his scheme with shopping and washing tasks when family members were unable to help during lockdown. He’s helped sort out transport to the hospital for vital appointments and when thanked and praised for his actions, Alan is always modest!

Eileen always has time to help others with their problems. This year, during lockdown restrictions, she made cakes, which were enjoyed as customers made their own tea and had cake sitting outside. There was also a barbeque which Eileen organised while following all guidelines.

Rose has supported all customers on her scheme throughout lockdown, doing shopping, delivering food and newspapers, collecting medication and chatting with those who were isolated. She did this despite having medical problems of her own.

Ian and Brenda have helped Phoenix Court Scheme Manager Sarah Smith organise a weekly delivery of food from Feeding Gainsborough before helping deliver it to other customers on the scheme. They’ve also helped with shopping, laundry and other tasks during lockdown.

Susan made herself available to help her neighbours during lockdown, doing their shopping and helping them fill out paperwork. She’s also cooked for some and baked her famous apple pie to share as well! She hasn’t stopped running errands.

There’s a local free paper in King’s Lynn that a lot of residents like to read, however many of the residents were shielding and not able to go out for a long time. So, Pam took it upon herself to collect a bundle of free papers each week and deliver them to residents.

As Chair of the residents’ association, Pat took it upon herself to arrange a socially-distanced meet up in the communal gardens to make sure everyone was ok and not getting too isolated. She also helped to organise an outdoor coffee morning to keep spirits up.

After flooding in Edison Walk on Beechdale, Wilf supported his neighbours in allowing access to contractors, so they could inspect properties and identify repairs that needed to be completed. He was fetching keys for these properties, which supported vulnerable residents so that they didn’t have to attend.

Throughout the pandemic, Pam has supported her Scheme Manager in getting all information out to customers, delivering leaflets and newsletters. She followed all PPE and social distancing guidelines throughout.

Marilyn has been supporting her neighbours at Cordwainers even though she suffers with her own disabilities. She’s helped with shopping, knitting and she’s proven to be a good listener when people are feeling low throughout the pandemic.

Douglas gives his own time each week to maintain the Stronglands Court gardens and also volunteers his own time to the bungalow gardens’ maintenance. He doesn’t charge for his time and he’s also stripped back two benches at the front of the scheme and re-stained them at his own cost.

Lynn allowed Longhurst Group to use her electrics over a weekend to power a dehumidifier in the next door property which had no electrics. She also cooked her neighbour tea and supplied power for a TV, meaning he didn’t have to be put up in a hotel while work was carried out. She did this all free of charge.