A new homeless centre in Lincoln which Longhurst Group helped to deliver has won an industry award.

The Nomad Centre in the city - on which we worked alongside YMCA Lincolnshire - was named Residential Property of the Year at the Greater Lincolnshire Construction and Property Awards 2020.

We acted as Development Agent on the scheme through Pitch Development Services, while Blue Skies Consortium - a group of housing associations which we jointly lead with Nottingham Community Housing Association (NCHA) - secured a £700,000 grant from Homes England towards the development.

The award was presented during a glitzy ceremony hosted by Sky Sports presenter Jeff Stelling on 6 February.

“When we walked around YMCA Lincolnshire’s previous nearby shelter, we could all see it was not fit to deal with the issues of the people they work with.

“The new development would go on to support the service to help their customers get back on their feet.

“Lincoln is the city I live in and every day you can see the issues on the streets. Working together, we could see we could help to provide something special and which would be sustainable for years to come.

“We were involved with the project from inception and were happy to meet the requirements of the brief in time for completion in October 2019, which was also the 150th Birthday of YMCA Lincolnshire.

“It is certainly a project we can all be proud of for Lincolnshire.” 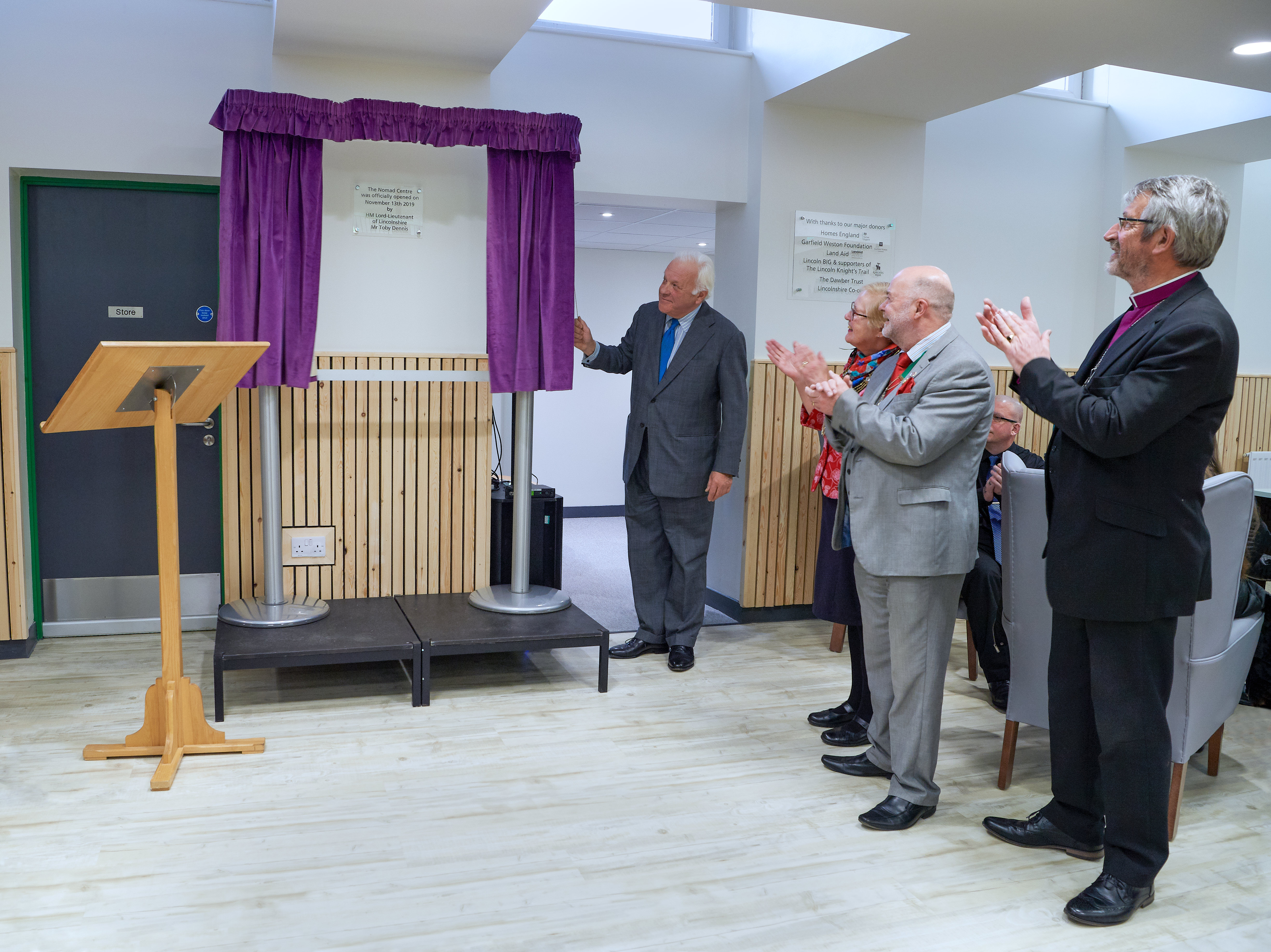 The funding secured through Blue Skies Consortium enabled YMCA Lincolnshire to build the £1.6 million Nomad Centre, which will provide purpose-built accommodation for the most vulnerable people in Lincoln.

The new Nomad Centre was officially opened by the HM Lord Lieutenant of Lincolnshire, Toby Dennis, on Wednesday 13 November 2019.

The building, which replaces the existing Nomad centre on Monks Road in the city, is made up of 20 en-suite rooms for emergency accommodation and two new supported housing rooms, a professional kitchen and day centre facilities.

Residents will have access 24 hours a day, seven days a week.

Simon added: “This project has exceeded our expectations and has a real ‘hotel’ feel to the rooms. This means service users have a place where they can sleep and have a wash, while in the day time support services can be offered in modern premises.

“I really enjoyed the awards ceremony. There were several Longhurst Group colleagues present and on the night, everyone at the ceremony helped raise more than £3,000 for the chosen charity, which happened to be YMCA Lincolnshire.”