The 48-year-old has Cerebral Palsy and has been a resident at Ashley Court care home in Lincoln since 2015.

Staff at the centre, which is run by L&H Homes (part of Longhurst Group) go the extra mile to ensure that David can get to as many games as possible by accompanying him to Sincil Bank to watch the Imps.

He recently attended City’s 3-1 victory over Morecambe, thanks to the support of his care worker. He has previously been accompanied on a trip to Wembley to cheer on Danny Cowley’s side as they lifted the Checkatrade Trophy last season. 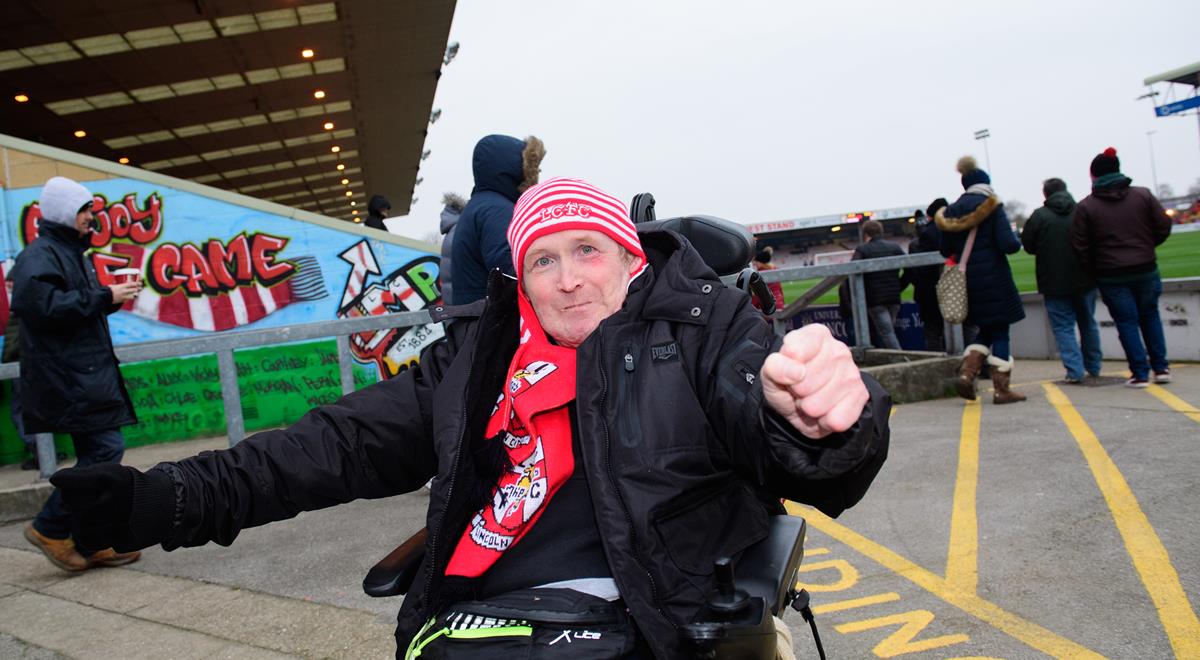 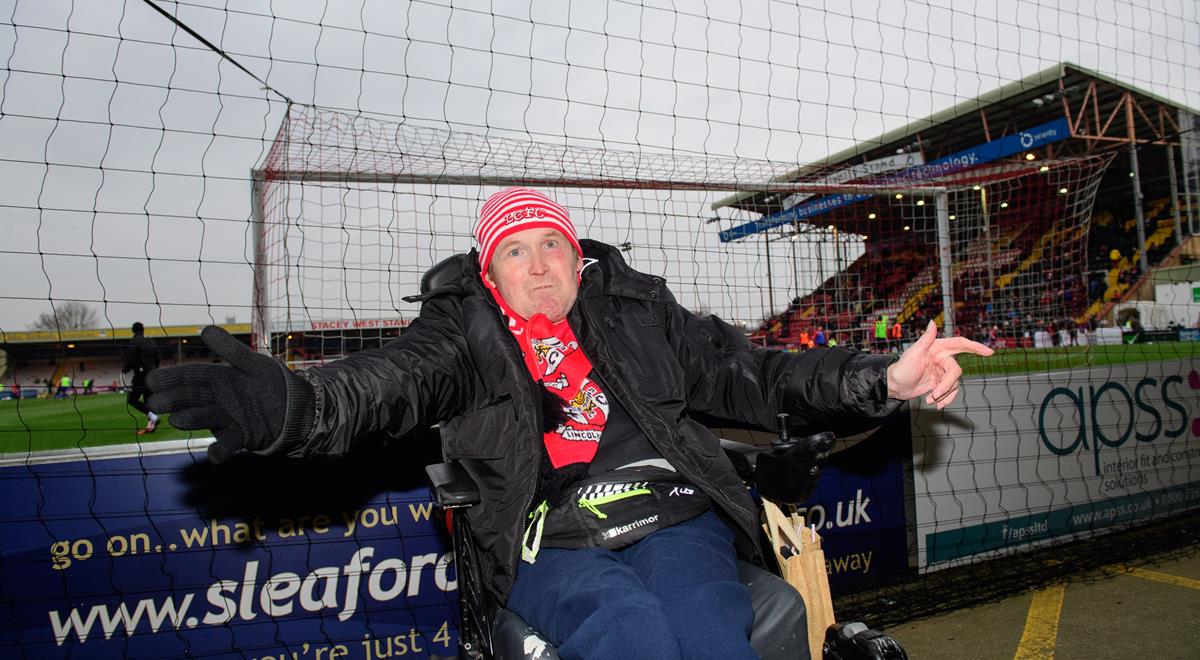 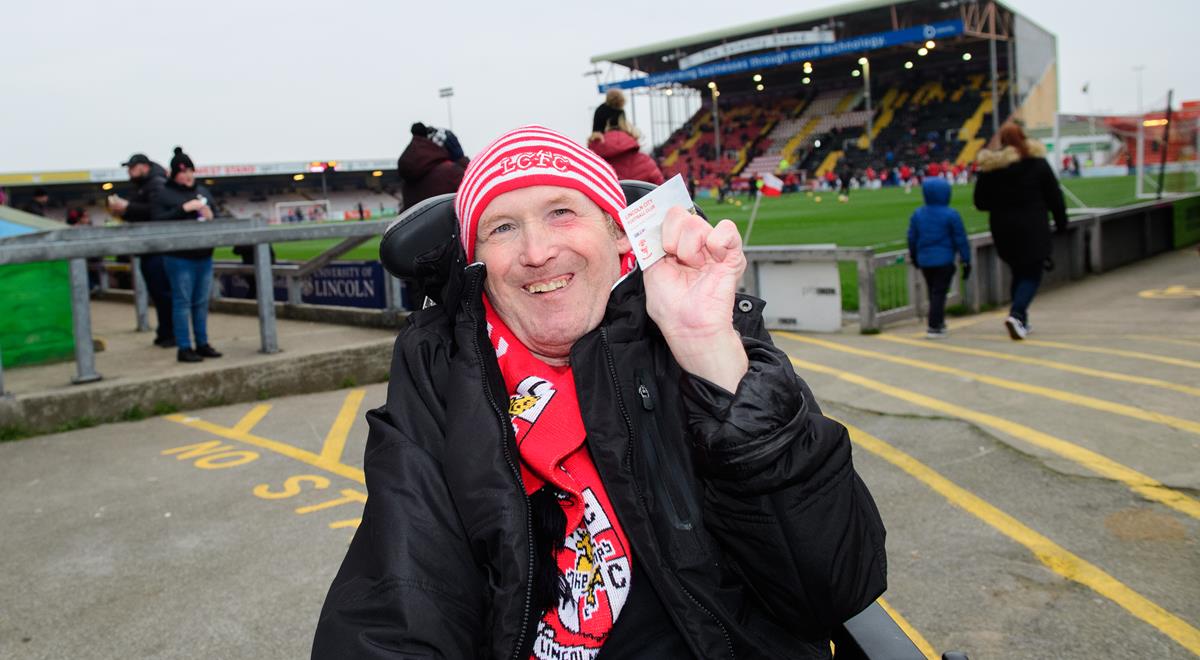 James Kelsey, Manager of Ashley Court, which provides care for 15 adults with physical disabilities, said: “David moved to us in 2005 from a care home Gainsborough and since then, he’s been going to as many games as possible.

“David is a huge Lincoln City fan and he absolutely loves going to watch them play. He wouldn’t be able to go on his own so we do everything we can to get him to games.

“We offer all our residents person-centred care and support and try to achieve all their aspirations and goals in life.

“We have supported David and other sport-loving residents to attend such events such as the World Championship Snooker at Sheffield, Ladies Semi-Final Day on centre court at Wimbledon as well as Liverpool and Manchester United games.

“Others have also been supported at concerts by Coldplay, Simple Minds, Madness as well as Strictly Come Dancing.

“The staff team at Ashley Court will always try and do everything they possibly can to improve the lives of our customers.”

Louise Platt, Longhurst Group’s Executive Director of Care and Business Partnerships, added: “The support offered to David is a shining example of the lengths that our fantastic colleagues go to in order to improve the lives of our customers.

“I’ve had the pleasure of meeting David and it is clear to see how big a part of his life supporting Lincoln City is, so I’m very proud that we offer him the support he needs to be able to do that.

“Ashley Court is a warm and supportive community with a fantastic team of colleagues who deliver a heartfelt service to the residents in their care.”